Located along the coast of North Carolina in the charming town of Shallotte, Rivers Edge Golf Club & Plantation boasts a coastal lifestyle that is not to be rushed but savored. It’s private yet not solitary.

Considered the “hub” of Brunswick County, Shallotte is perfectly centered between the historic Port City of Wilmington, North Carolina, and the exciting Grand Strand of Myrtle Beach, South Carolina. It’s a location that expands your choice of theater, dining, shopping, art galleries, museums, universities and colleges, and makes traveling to these destinations easy, with major airports and highways connecting north to south, east to west.

Shallotte may still have a small town feel, but it offers big town amenities and activities, especially with the master-planned lifestyle available at Rivers Edge Golf Club & Plantation. It’s part of why life is easier down here.

Just 35 minutes north, you will find the 250-year-old port city of Wilmington. This is a beautiful “walking city” where you can stroll down lovely streets lined with 18th and 19th century homes and enjoy the meandering waters of the Cape Fear River. The city provides all of the modern day amenities one expects from urban living – and much, much more. Unlike most towns its size, Wilmington sustains a flourishing artistic community. In addition to having its own symphony orchestra, opera, and ballet company, the city is home to many active theatrical venues, art galleries, and film-making studios. Here there is always something to do including historic tours, restaurants, and retail stores abound in the scenic downtown district.

Just 25 minutes to the south, you’ll find the excitement of Myrtle Beach’s famous “Grand Strand”, where you can enjoy a variety of musical entertainment and shows, great restaurants, boundless shopping, amusement parks, excellent medical facilities, and more than 100 golf courses. Founded in 1938 and named in honor of its abundant native wax myrtle bush, Myrtle Beach lies between the Atlantic Intracoastal Waterway on the west and the Atlantic Ocean on the east. It is considered the #1 Family Beach in America and one of the most popular destinations on the east coast of the United States. Myrtle Beach attracts visitors from around the world each year to 60 miles of popular beaches, an aquarium attraction, amusement parks, nightclubs, an IMAX theater, fine restaurants, an international airport, and the largest shopping mall in South Carolina. A thriving live theater industry includes the Alabama Theater, Dolly Parton’s Dixie Stampede, the Carolina Opry, and the House of Blues. As the birthplace of a popular form of dancing called the Shag, Myrtle Beach offers a multitude of Shag clubs and yearly contests along Main Street and Ocean Boulevard. The area is also renowned for its oceanfront luxury hotels, resorts, and spas. 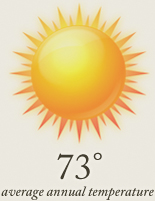 Visit this website for more information about The Arnold Palmer Signature Course at Rivers Edge, to book your tee times online, to see the latest news and to check special deals.